S6 students, attended the meeting. Following Principal Mr. Lo’s speech, the Chairperson of the Alumni Association Mr. Karthi Duraisamy, and the Vice-Chairperson Mr. Rendell John Galang presented their respective speeches. After that, the alumni and teachers chatted and reminisced their past. A mesmerizing Bollywood cultural dance was performed by an alumna that captivated and won the hearts of the crowd.

The most anticipated part of the night was the bi-yearly General Meeting Elections in which Mr. Karthi Duraisamy, our honorable alumnus from the 2011 batch, had succeeded his term as the Chairperson for the years 2018 to 2020 with 23 votes, followed by Mr. Shah Zeeb, one of the 2017 graduates, as the Vice-Chairperson with 17 votes.

The joyous night came to an end with refreshments of exotic Indian and Pakistani cuisines and the game of Bingo where all the participants of the night tested their lucks to win lucrative prizes sponsored by Mr. Lo and the Alumni Committee. 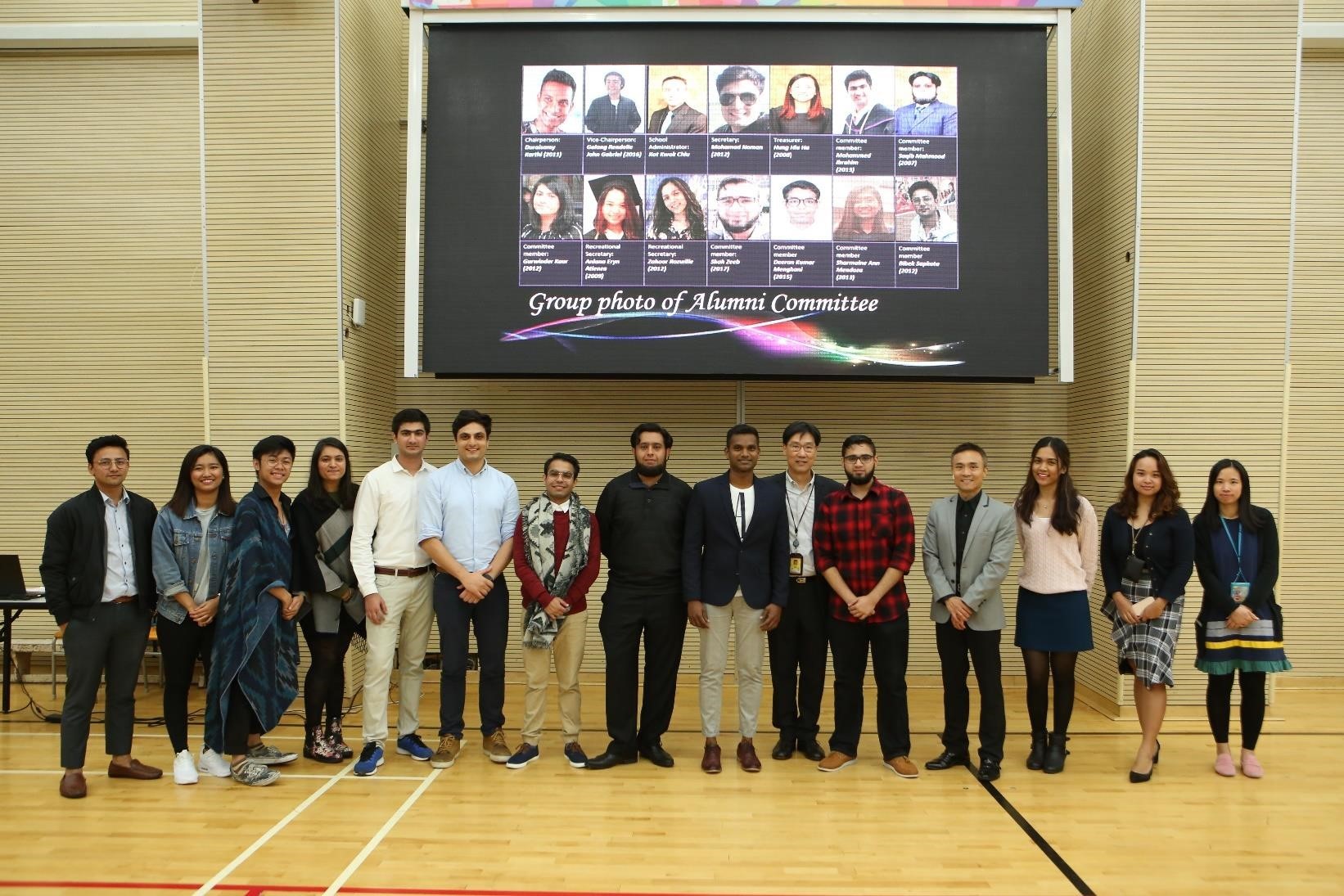